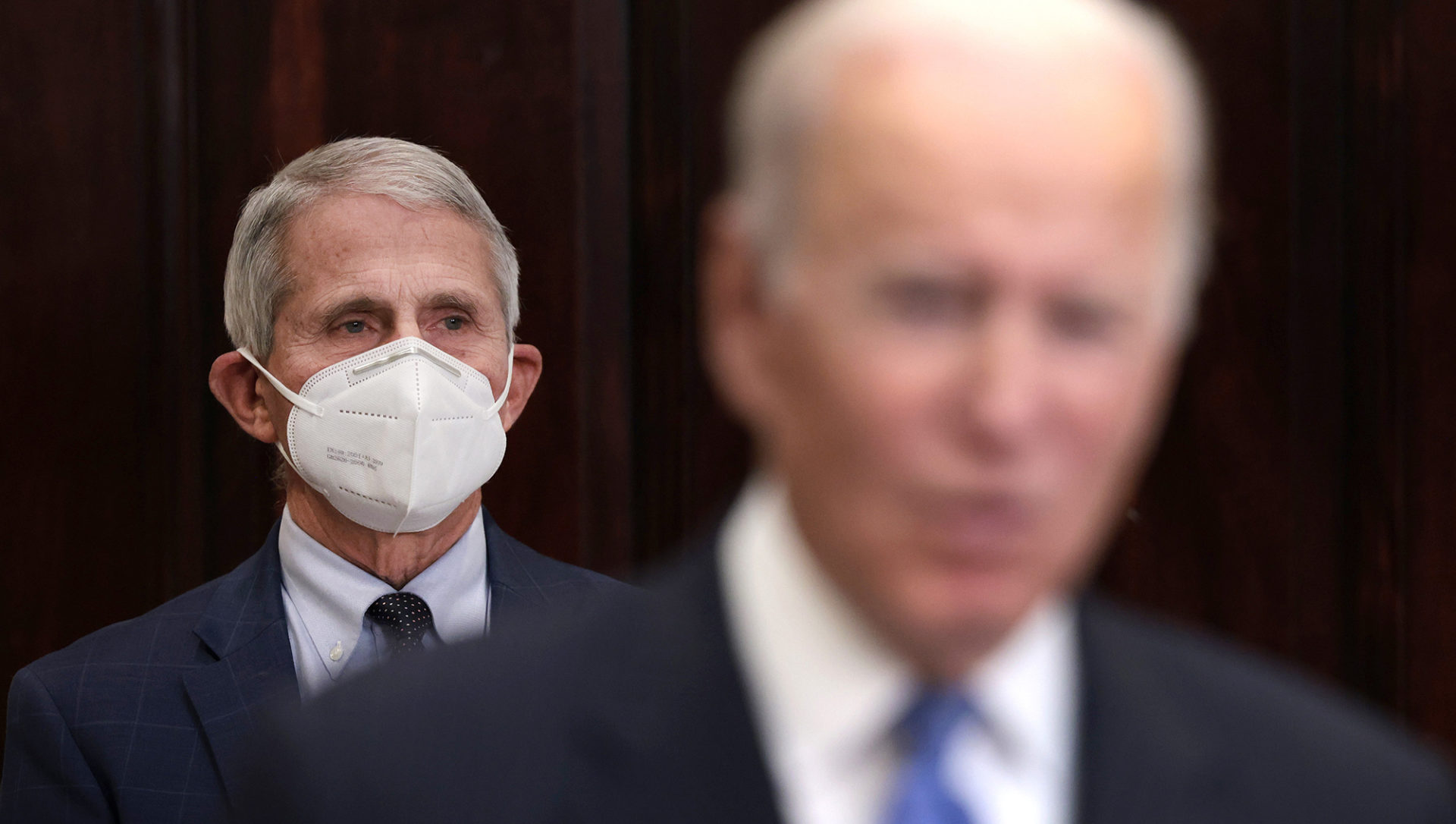 What we really need experts to be in a health crisis

Against the “fashionable” criticism of the incompetence of the common man in public affairs, a prominent British political theorist has argued that experts have their own significant limitations. The expert’s intense focus on a single field tends to breed a lack of humility and an inability to see parts in meaningful proportion to the whole. The expert develops a resistance to new ideas and contradictory evidence, a hostility to “views which are not set out in terms he has been accustomed to handle.” All too commonly, he suffers the loss of the “insight of common sense.”

It’s an apt description of the role of experts throughout the pandemic, when, like never before, government officials and leaders of every sort have turned to specialists for direction and admonished everyone else to just trust the experts. And so it seems striking that those words of caution about expertise were penned over ninety years ago, by Harold Laski in Harper’s. The lesson evidently bears repeating.

For Laski in the 1930s as well as for us, what is not in question is that experts are necessary for wise governance. “But,” he wrote, “it is one thing to urge the need for expert consultation at every stage in making policy; it is another thing, and a very different thing, to insist that the expert’s judgment must be final.” What we have seen time and again in the pandemic is that those in governing positions abdicated their proper role. They have deferred to expert judgment, treating it as a kind of apolitical or neutral authority. As Laski shows, the specialization of expertise, the very conditions under which it is acquired and practiced, almost inevitably leads to serious inadequacies that will “make the expert of dubious value when he is in supreme command of a situation.”

This rule of experts has contributed to widespread public confusion, social division, and long-lasting harm. Good governance in a crisis requires a different approach to expertise.

Good governance recognizes that its legitimacy is based on the consent of the governed, an accord that is not automatic but won by persuasion. Gaining people’s assent is particularly challenging in the current historical moment. Long before the pandemic, public confidence in our institutions was low, and lack of trust widespread. As hierarchies of knowledge have flattened and access to information, including scientific findings, has become more freely available, even the methods and the meanings of research are being contested, often by a public that has little appreciation for its ambiguities and probabilistic nature. In every sphere, less is accepted on authority.

As we have seen throughout the pandemic, experts are often ill-equipped for this demanding environment, showing neither the aptitude for public reasoning nor the willingness to engage in it. Specialized expertise, Laski observed, tends to foster in its possessors an impatience with people to whom their special knowledge has to be explained. The expert, out of touch with the public, tends to “develop a certain condescension towards” it. He expects people to “accept without question the conclusions at which he has arrived” and fails to see that “conclusions to which men assent are far better than conclusions which they are bidden, without persuasion, to decline at their peril.” Just such attitudes, along with the dismissal of the reasonable fears people have had during the pandemic, have sparked widespread resistance on the one hand, and fostered an intolerant, polemical “us vs. them” mentality on the other.

Good governance requires that policymakers make their value premises clear and continuously consult with ordinary citizens about their decisions and the likely consequences. The people’s sense of what is right and just should help determine what can be done, and the effects of policies on those who live under them should be the foremost criterion in evaluating those policies.

Protection of the most vulnerable is always the first and highest concern. But experts often avoid consulting with non-experts and tend to see their own insights as “the measure of social need,” Laski wrote. The expert “fails to see that every judgment he makes not purely factual in nature brings with it a scheme of values which has no special validity about it.”

Throughout the pandemic, experts have often confused the directive to “follow the science” with an injunction to follow their advice. In their advice, they have used “science” as a kind of talisman and hid crucial value premises behind it. Not the least of these unstated premises are the assumptions that science has the only solutions to the crisis and — almost a corollary — that people are helpless if left to their own devices. We see an instance of both of these in the public health officialdom’s uncompromising insistence on vaccine-induced immunity over documented natural immunity, and its readiness to impugn alternative expert analyses.

An even more critical premise behind expert rule during the pandemic has been the implicit reduction of health not just to “bare life,” as some have argued, but to a single, all-encompassing concern: Covid-19. This reduction has brought an astonishing insensitivity to and disinterest in every ill effect of mitigation strategies, predictable and unintended. Yet even though tens of thousands of scientific papers were being produced and hyped to the media, the actual science behind most expert mitigation advice — especially masking, social distancing, and lockdowns — remained strangely thin.

Good governance in a state of emergency should follow precautionary principles, of a different sort than the ones we’re used to hearing about. These principles can inform policy by bridging the gap between the two horns of the public health dilemma: uncertainty about what to do, on the one hand, and actions that turn out to be counterproductive, on the other.

The first principle of precaution in an emergency, often given the shorthand “better safe than sorry,” is that protective action can, and often must, be taken even when the scientific evidence for the intervention is incomplete or lacking. Interventions to avoid potential damage do not require certainty. However, untested interventions can be counterproductive, doing more harm than good, and so a second precautionary principle is the Hippocratic injunction to “first, do no harm.” While we may intervene to protect ourselves in the face of uncertainty, this second principle dictates that interventions must, at the earliest opportunity, be rigorously evaluated for both their alleged benefits and their potential damages. In all events, the full range of alternatives should be explored, including the possibility of taking no action.

During the pandemic, however, we have repeatedly seen experts claim firm scientific justification for interventions for which the evidence has in fact remained quite uncertain. The mask mandate in community settings is the most obvious example. A year and a half into the pandemic, only two randomized controlled trials on the effectiveness of masks have been published, and only one of these was properly designed to test the ability of masks to prevent community transmission. That study, still in preprint and conducted in rural villages in Bangladesh, gave critical information: surgical masks (but not cloth masks) work to decrease Covid-19 infections. Meanwhile, to my knowledge, no randomized trial and only a small number of experimental and observational studies have explored the social and psychological consequences of mask use.

All these problems and others raise grave concern about the competence of the expert to make public policies. They suggest, as Laski argued, that “it is of the essence of public wisdom to take the final initiative out of his hands.”

Good governance requires good leaders. Laski contrasted the limitations of experts with the broader vision and skills of the “statesman.” The very term takes us back to a more properly political era and forcefully reminds us of our new circumstances. “A cabinet of experts would never devise a great policy,” Laski argued. Instead, the success of a leader “depends upon weaving a policy from the discrete threads of their expertise.”

An emergency is exactly when leadership, community input, and prudential judgment are most critical. Yet, throughout the pandemic, what we saw was leadership being replaced by a kind of mechanistic proceduralism. This technocratic response elevated certain expert pronouncements above any public discussion, presented policies as value-neutral necessities dictated by “the science,” and demanded the public’s passive compliance, with increasingly punitive enforcement. In official communications, not the leaders but the virus itself became the agent behind policy.

Public health experts and scientists have become more than advisors. They have appointed themselves as public intellectuals and celebrity commentators, taking to the op-ed pages, blogs, and airways to offer their recommendations, issue joint statements, and make their expertise felt. Their institutions run their own busy PR departments, hyping the latest research papers even before peer review. In a way and on a scale that Laski could not have imagined, scientists have become entrepreneurs, hotly competing for public notice, scarce grants, and business opportunities. This new role only complicates the authority of experts, adding to the old list of limitations new conflicts of interest and a tendency to claim certainty for “facts” that have not been fully or clearly established.

Good governance requires expert knowledge and advice. The expert, Laski writes, is an “invaluable servant” but also an “impossible master.” The pandemic has shown us the dangers of expert rule, and the failures of political and institutional leaders to heed them. It has also demonstrated, through its absence, what good governance might look like.