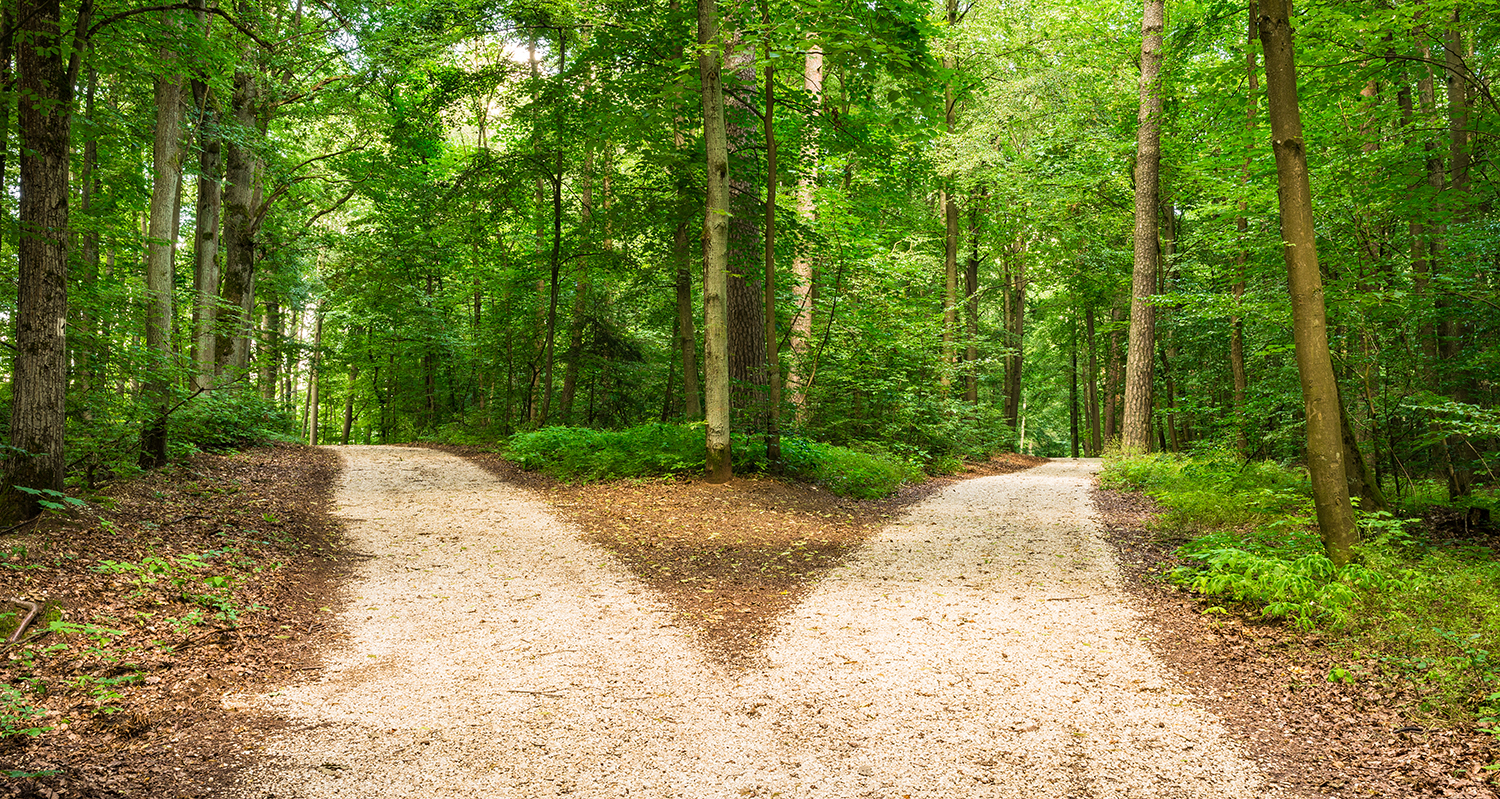 Every year in homes across the country, a family ritual plays out as summer draws to a close. Parents help their daughters and sons pack their cars to drive away to college, and then wave goodbye to a receding vehicle with hopes, prayers, and wishes in their hearts. The mental content of these moments may vary from home to home, but not the theme. Parents hope their children will make wise, safe, and moral choices and that they will have the supports needed to do so. “I hope she doesn’t fall in with a bad crowd,” one parent may plead to the deities. “Please son, stay away from drugs,” a mother might whisper silently to herself. This common ritual suggests we all know that while these young adults are free to choose their own life directions, we all believe that good moral choices require psychosocial support.

In “Therapy Beyond Good and Evil” [Spring 2022], James Mumford recently told the tale of his time in an inpatient psychiatric unit and his exposure to Acceptance and Commitment Therapy or “ACT” (said as a word, not initials) and its approach toward values — those wise and moral life directions we voluntarily choose. A former teacher of ethics in higher education, Mr. Mumford was nonplussed by the emphasis of ACT on personal choice. To him, that sounded like encouraging “moral relativism” that would harm patients. Seeing values as choices, he claimed, would be “disastrous,” since it “ultimately banishes reason.”

Instead, James found space in his hospitalization to realize that “my career has come at the expense of my children.” He had the epiphany that “though I have lived up to my values (my career is doing fine), I am actually pursuing the wrong values. I have lost my way.”

He did not link that personal progress to ACT in his own mind (even though it reflects a process we see in ACT every day). Instead, he concluded that ACT is failing patients who need to confront moral truth and that “any psychology that is going to be therapeutically beneficial, that is going to help people attain personal growth and become good again, will help us acknowledge and reckon with values — with truths — we may never have circled in an exercise.”

Acceptance and Commitment Therapy is forty years old this year. I originated this approach in 1982, following my own successful resolution of a panic disorder by applying its core messages. In the decades since, ACT has arguably become the most widely researched and disseminated method of psychological intervention since cognitive behavioral therapy, with over 940 randomized trials, millions of books in virtually every language of note, and free distribution by the World Health Organization of ACT self-help in many languages on the stated grounds that it is good for “anyone who experiences stress, wherever they live and whatever their circumstances,” among other signs of cultural impact.

One of its strengths is that ACT has championed the centrality of values choices to human functioning. As part of the health care system, it has indeed stayed away from telling patients what their values should be. The idea of values choices should not alone lead to concern, however, since every major spiritual and religious tradition recognizes that the individual ultimately needs to affirm his or her own life direction, even if scripture and tradition provide a guide for these choices.

ACT agrees with the intuitive wisdom of parents: good moral choices require psychosocial supports. The difference is that four decades of science specifies what these supportive skills are: as a set they are called “psychological flexibility.” As a new systematic review in Behaviour Research and Therapy shows, these skills are the smallest set of processes known to do the most good in the most areas that any behavioral science has to offer. They are so powerfully useful to moral choices that ACT has been adopted by the U.S. military chaplaincy as one of only three evidence-based intervention methods that chaplains pursuing a mental-health specialty are trained in.

Psychological flexibility means being open to experience (emotions, sensations, memories) and being mindfully aware of ongoing thoughts without automatically taking them to be literally true, so that you can chose which products of the judgmental mind are worth using and which ones should be left unutilized. It means being able to direct your attention in a flexible, fluid, and voluntary way, noticing what you notice from a more spiritual or perspective-taking sense of self that connects you in shared consciousness to the awareness of others. These four processes — experiential openness, cognitive flexibility, attentional flexibility, a socially connected perspective-taking sense of self — lay the foundation for values choices, because we hurt where we care, and if we are busy defending our “persona” (etymologically, our own mask) and running from our own experiences, we cannot afford the risk to make hard values choices. Finally, in addition to values choices, psychological flexibility asks people to create values-based habits — which is important, because values without action are empty.

Psychologically flexible values choices are rarely selfish. It is false to treat them as the functional equivalent of “do what you want, dude.” Inside our own self-doubt, it seems this could be the outcome. But what if as whole people we gravitate toward prosocial good once we get out of our own way and create the conditions that encourage human freedom and wisdom? What if values choices made in the context of greater self-kindness and cognitive openness, of connection and compassion toward others and the ability to attend to what is important, and of the ability to manifest values in behavior change are inherently likely to be loving and to have little to do with “moral relativism”? Why would that be? Well, perhaps because that is how social primates like us behave once these processes are in better balance.

I do not want to be Pollyanna, but this exciting possibility plays out over and over as ACT is put into practice.

It has been a historical challenge to link science to ethical practice, especially out of the wing of science (as is the case with ACT) that is based on pragmatism as a philosophy of science. Philosophers fear that pragmatism can devolve to Machiavellianism, and it could if unguided, but the solution ACT proposes for itself as a research tradition is to apply flexibility processes to scientists themselves, to publicly and transparently declare scientific values and goals a priori, and to then let people vote with their feet. The solution ACT proposes for its patients is quite similar. Reason and culture are not enough. Cultural “values” are sometimes mistaken in hindsight (slavery, for example; I wonder if workaholism in the modern world might eventually be seen similarly). Reason is important, but even children understand the experiential validity of Goofy with horns on one shoulder arguing quite well with Goofy with a halo on the other. When we as whole persons allow all aspects of who we are to participate in selecting the direction of our lives — through reason, intuition, emotion, spirituality, family history, enculturation, felt bodily sense, our nature as social organisms, guidance by experience — we are more able to make wise choices that avoid the barriers of our own self-doubt or deluded narcissism.

Let’s take the example of domestic violence. Let’s focus on men who literally beat the ones they love.

The most common method in the United States of working with perpetrators of domestic violence is the Duluth model. In many states, court-adjudicated group treatment using this model is the dominant or even exclusive alternative provided to jail time. Based on feminist theory, Duluth-model groups teach men that their violence comes from socially supported entitlement and gender bias and that men use violence within relationships to exercise power and control. The goal is to change the attitudes, values, and behavior of batterers.

This is very close to the approach Mr. Mumford appears to advocate for the health care system (but not his actual experience while in treatment). What is being taught in the Duluth model is truth with a capital T. The men are confronted with hard truths that supposedly come from objective values. What they have been doing is WRONG and BIASED; they need to change their attitudes and thus their behavior. The statement is correct — domestic violence is wrong and biased — but we need to look at the actual impact of the therapy.

An ACT approach to domestic violence is quite different. The perpetrators are treated as whole people, without attempts to blame and shame. Yes, they have committed crimes, but please do remember before objectifying and dehumanizing them that very often they themselves have been victims of abuse as children. The ACT protocols for this horrific problem walk these men into the hell of their own history, teaching flexibility skills of openness, awareness, and finally values engagement and committed action. Participants are not told what to value — they are ultimately asked to take their own values-based stand as whole human beings, carrying forward these other psychological flexibility processes.

And does it work?

In a recent randomized trial comparing ACT to Duluth with court-adjudicated domestic violence perpetrators and a one-year follow-up, ACT participants committed significantly fewer violent crimes, nonviolent crimes, and had fewer interpersonal-violence behaviors in the eyes of their partners compared to Duluth participants. A second study showed real progress in the reduction of violence as the state of Iowa adopted an ACT model as an alternative option to Duluth.

Said simply, if you supply the psychological supports needed for people to make good moral choices, they generally do. Merely telling people hard truths? Not so much.

Human moral choice is powerful — let’s learn how to support it. The desultory vision of moral relativism and selfishness is not the only, or most likely, result of human choice — provided we also work on the psychosocial supports that we all need to cooperate, to love, and to care.

Therapy Beyond Good and Evil

A nonjudgmental psychology is failing patients who need to hear hard truths.

Psychotherapy and the Pursuit of Happiness

The fraught path from Freud to friendship

Morals and the Mind

The life and career of Carl Jung, mystic scientist of the mind