Should There Be a Natural-Immunity Exemption for Vaccine Requirements?

This is part 3 of 3 in our short series.

Ari Schulman: Brendan, let’s get right down to it. 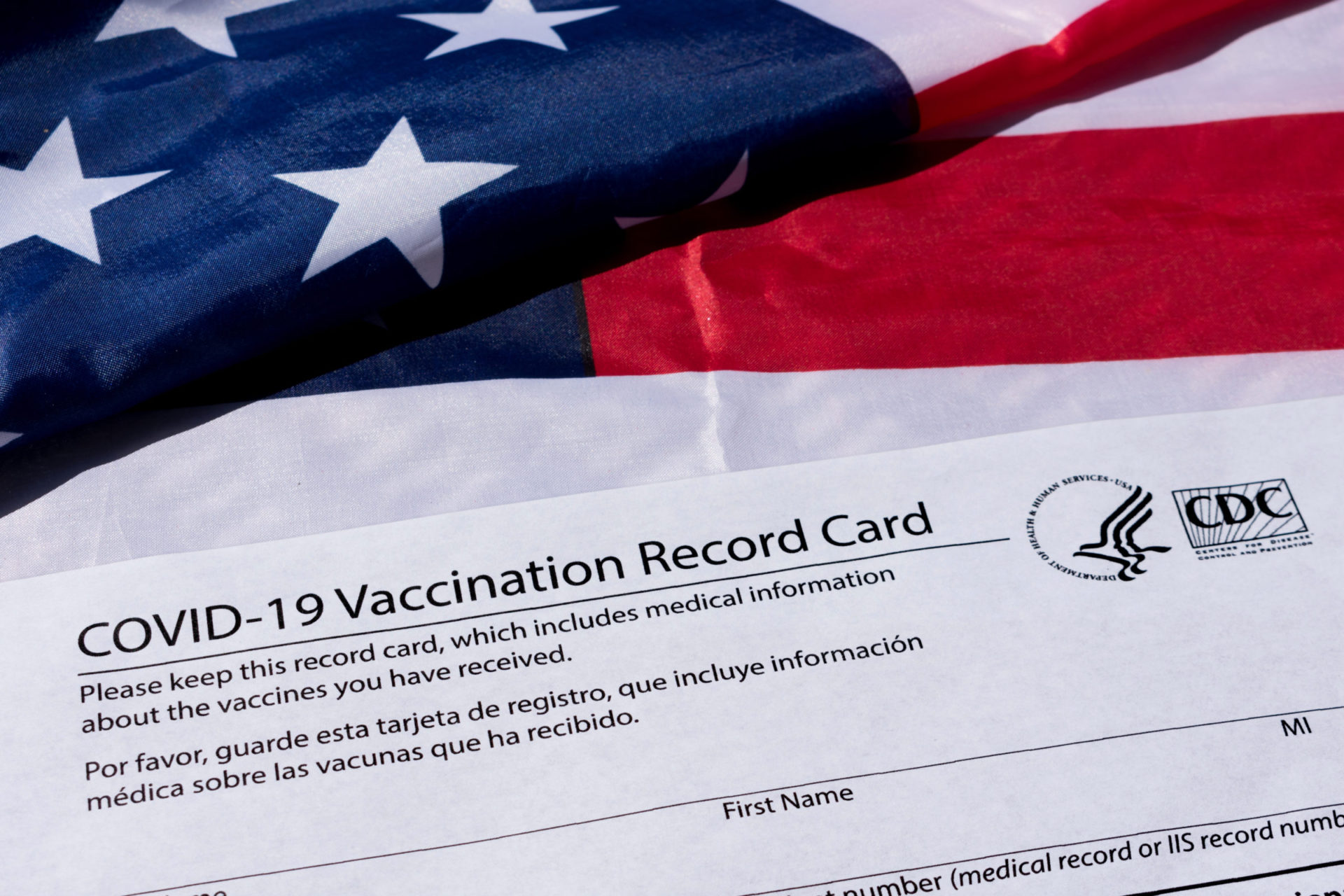 Let’s say I’m the head of a university dealing with protests over a requirement for students and teachers to get vaccinated for Covid. Or I’m President Biden, you’re my CDC chief, and you’re advising me on whether we should be granting a natural-immunity exemption to the vaccinate-or-test OSHA mandate for private employers.

First of all, what does that mean, tangibly?

Ari: Let’s walk through the possible objections to this policy. First, I would wonder about how you get this documentation: what kind of tests are available for it, whether it would need to be authenticated — basically, how easy it is for people to get it, and how easy it might be for people to get less-than-reliable proof, like say a doctor’s note with nothing else backing it.

For one thing, there are rapid at-home tests you can take that don’t provide you with any documentation of a kind that a bureaucracy would accept, sort of like a home pregnancy test. Companies like BinaxNOW offer these tests — but they also have an option that does produce a document showing your positive or negative result. (I used this option when I recently traveled abroad — I had to show proof to the airline, and theoretically also to the CDC, of a recent negative test.)

Brendan: Right. These kinds of issues have been dealt with long before Covid. There have long been antibody tests you can take to prove immunity to other diseases to meet other immunization requirements.

For instance, immigrants need to prove that they have immunity to a bunch of diseases, and can use antibody tests performed by certain physicians who are designated as “civil surgeons” by the DHS, to prove their immunity.

Ari: I should note that the BinaxNOW Home Test I took would have been pretty easy to cheat on if I wanted to. It’s “administered” by a live proctor on a phone app — a person on a video feed who instructs you on how to take the test, and nominally watches you do it. But at the end, I just had to read off the result myself, and that was what they put in the system. So I suppose I could have said whatever I wanted. (I told the truth.)

We’ll come back to this, but let’s think about a different practical question: How accurate are the forms of documentation we’re discussing here as proof of having natural immunity? If I produce an authentic vaccine card, you know I got vaccinated. Is a test showing past infection a good piece of proof that I was infected?

Brendan: Testing of course is not entirely accurate. False positives happen. If accuracy is an important concern, you could require PCR tests, though those tests only detect Covid when the person is still infected, so anyone who was infected and recovered without being diagnosed would not be able to obtain a PCR test to prove immunity. Some antibody tests have a higher chance of false positives, but can be used months after recovery to show that the person has Covid immunity. So different choices about testing requirements could either let a few people who aren’t actually immune slip through or will prevent some people who are in fact immune from qualifying.

Then there is the point that vaccines offer a standard dose, so you have some reasonably definite sense of what level of challenge to the immune system they present. But with natural immunity, there could be a lot more variation — maybe you had a mild infection, which might have left you with less of an immune response. Though to some extent this objection can run the other way: even though the vaccine is a standard dose, not everyone responds to it identically.

Ari: Let’s assume you could solve problems with people gaming the system — which is a big assumption, because with the testing options we have right now, I expect that would be easy to do and a pretty sizeable number of normally law-abiding people would do it.

The biggest thing I’d worry about is the moral hazard. You could be providing incentives for people to go out and get sick — chicken pox parties for Covid. Or even if people don’t do that, offering an “out” from vaccine requirements in the form of natural-immunity exemptions might simply lower the incentive to get vaccinated — strengthening the sense of “Well, I’ll get Covid eventually, so I don’t need a vaccine.”

So even if natural immunity is as good as vaccination, natural immunity only helps for those who actually have it. If a lot of people are not naturally immune, but use the idea that they will at some point get infected anyway as a reason not to get vaccinated, then creating this exemption could slow down the rate at which the population develops immunity. And in order to get there, you’re taking a bigger hit in terms of sick and dead people, strain on hospitals, and the rest.

Brendan: The practical way around this concern comes from the fact that exemptions are generally happening in a context where you need to prove immunity, in some form or another, by a deadline. If the context is traveling for a vacation, you could delay that — although if you’re trying to return home to the U.S., say, you probably won’t want to wait to catch Covid and recover in some foreign country.

But if your employer is telling you: You have to prove vaccination or natural immunity by four weeks from now, then you can’t just wait around and hope to get infected. By imposing a deadline, you’re accommodating the people who can actually already prove natural immunity without creating a loophole for those who can’t.

Ari: Let me now drop the Q&A and say what I think. No matter how analytically we talk about this, any exchange on this subject will be scrutinized for whose-side-are-you-on-anyway subtext. So let’s just address the subtext.

Setting aside all questions of coercion and shaming and social pressure, as a pragmatic and moral matter the case for adults to get vaccinated and boosted against Covid remains overwhelming. Thinking about this not in terms of requirements but just in terms of what each of us should be doing, with new variants circulating and evidence that even natural immunity wanes, it’s the most clearcut way, even if you’ve been previously infected, to significantly reduce the danger to yourself and whoever needs you to not be laid out with illness. The disease isn’t just hitting the obese and elderly. There are countless stories of otherwise healthy people in their thirties and forties winding up on heart-lung machines, or dying and leaving young children behind. Working-age Americans who died of Covid have actually lost more years of life than retirement-age Americans. It’s serious business.

I know people are sick of this whole thing. I am too. That itself matters: If 800,000 dead doesn’t persuade, think of the million other reasons the country needs to move on from the entire Covid era. Despite all the dents from Delta and Omicron, mass vaccination remains the single best lever to pull to help that happen as soon as possible.

But, look, as a brute political fact, a whole lot of Americans feel very differently about this, and you can’t wish that away. You can try persuasion and you can try coercion. You can also try offering reasonable accommodations. You can start from the premise that vaccine holdouts have reasons that we can engage with in a normal, rational way and see how far that takes you. I think if you really commit to that engagement (I haven’t always done so myself), it takes you a lot farther than most vaccine enthusiasts believe — I highly recommend Norman Doidge’s informative, humane essay on this in Tablet.

Letting natural immunity count the same as vaccination for the purposes of vaccine requirements strikes me as highly reasonable on the merits. It’s already been the policy in Germany for some time. The kinds of implementation hurdles we’ve talked about here could be addressed if this were made a political priority.

And it should be a priority. Quite the opposite of a “Won’t this just undermine the program?” attitude, people in policymaking positions — university heads, the CDC, and President Biden — should be eager to embrace accommodations where there is a reasonable case for doing so. They should want to show that the main goal of Covid policies is to provide protection, not to make people comply. And it helps show that vaccine requirements are a “least restrictive” means of protection.

I know this case will not be persuasive to many people who are convinced that vaccine skepticism was simply invented by Alex Berenson and other bad actors. And I don’t expect this kind of policy to suddenly heal the country’s political wounds. But seeking accommodation over compliance where reasonable has not much been part of the American Covid strategy, and it should be.

Brendan: I’m not really sure that this kind of reasonable accommodation will in fact change how the overall Covid public health response is perceived, and I’m a bit skeptical that it will actually improve public trust. A reversal by the CDC on this might be seen as a sign of transparency and an honest effort to take legitimate concerns seriously — or it could be just more grist for the mill for people who think public health officials don’t know what they’re talking about and therefore shouldn’t be taken seriously about anything. And it’s hard to see how exempting the naturally immune from vaccine mandates would actually encourage anybody on the fence to get vaccinated. It’s very hard to say how different ways of approaching vaccine mandates and other aspects of our Covid response will be perceived by the public or affect the public’s trust in the country’s institutions. Public trust in institutions is a complicated political phenomenon that involves a million factors, and we should be humble about what we can know about its causes.

But the fact is, right now we don’t have clear evidence that natural immunity is much worse than vaccination, and so it doesn’t make sense to treat the naturally immune differently than the vaccinated. What we can be sure about is that fairness demands that we treat like cases alike, and knowing what we know now, that’s what we should do when it comes to natural immunity and vaccination.

Should There Be a Natural-Immunity Exemption for Vaccine Requirements?