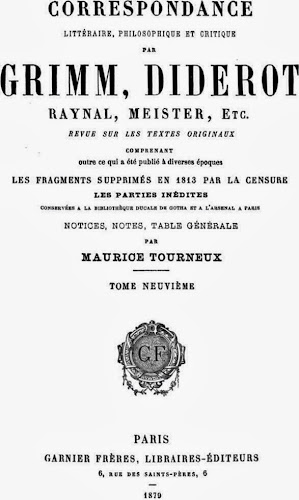 The last year or so has seen an intriguing renewal of a genre from the early years of the internet: the email newsletter. A couple of months ago Alexis Madrigal described this development as a natural and healthy response to a never-ending and increasingly vast stream of online data: “My newsletter is finite (always less than 600 words) and it comes once a day. It has edges. You can finish it.” Madrigal also draws on a metaphor created by Robin Sloan, who has a newsletter of his own, and who sees online life as comprised of stock and flow: Stock is “the durable stuff,” accumulated and consolidated knowledge, while flow is what steadily, or overwhelmingly, comes to you through your email and Twitter and Facebook and RSS. But only if the flow is manageable can the best of it be converted into stock. Newsletters, in Madrigal’s reading of the situation, filter the flow and as it were pre-convert it to stock. Or at least make it readier to be converted. Whether they know it or not, today’s newsletter-makers are following an interesting historical precedent: their great model is Friedrich Melchior, Baron von Grimm, a German who made his name in Paris as a friend of some of the most famous literary figures of his day, including Diderot and Rousseau (both of whom came to hate him, probably for good reason, but that’s another story). In 1753 Grimm began to write and edit La Correspondance littéraire, philosophique et critique, a newsletter about cultural events that was meant to supplement and when necessary correct official news sources, which were subject to rigorous censorship. The situation was not as bad as it might have been, thanks to the fact that for many years the chief censor was Malesherbes, who knew most of the philosophes and supported them in every way possible. (Without Malesherbes to clear the way the great Encyclopédie would surely never have been published. Incidentaly, we owe another debt to Malesherbes: he was the great-grandfather of Alexis de Tocqueville.) Still, there were things one dared not say for fear of offending some powerful person connected with the court of the ancien régime, some person Malesherbes couldn’t protect you from, so Grimm made sure that his newsletters were copied — by hand, interestingly: Grimm used amanuenses rather than printing presses — and distributed from outside France, i.e., beyond the reach of the censors. La Correspondance was a curious combination of journalism, learned instruction, and gossip column. Grimm would summarize recent works of philosophy or literature or social criticism and then describe how those works were being received by le monde (and even occasionally le demimonde). He commisioned Diderot to attend the annual art exhibition at the Paris Salon and write up his responses to what he saw — which Diderot did at great length and with vivid acuity: these became the most celebrated contributions to La Correspondance. Grimm became very skilled at recruiting guest writers who understood disciplines he didn’t know well or who wrote from social locations he couldn’t get access to. Moreover, as I have learned from Yoni Appelbaum, the historian Paule Jansen has discovered that Grimm also functioned as a filter and aggregator: much of the content of the Correspondance previously appeared in other journals. For the first twenty years of La Correspondance Grimm ran the newsletter himself and was its chief contributor, but then he turned it over to his secretary, who kept it going (in a diminished state) until 1790, when the Revolution made it impossible to continue.

Perhaps the most interesting point to make about La Correspondance is this: it never had, nor did Grimm ever want, a large subscriber base. Grimm’s interest was in what John Milton called a “fit audience, though few” — but Grimm defined fitness by social standing. He counted among his subscribers Catherine the Great of Russia, Frederick II of Prussia, and several other European kings, princes, and aristocrats. Their interest in the newsletter seems to have been both personal — wanting to be “in the know” about the goings-on in Paris, the cultural capital of their world — but also politically self-interested, since some of the French thinkers took rather extreme political positions which, in the nature of things, were likely to spread to the intellectuals of the rest of Europe. Moreover, these handwritten newsletters, even though not written in Grimm’s own hand, had the personal touch: they were not official publications, diplomatic dispatches, authorized works of scholarship, but confidential and gossipy letters from knowledgable and charming friends. There was something of both stock and flow about them. They brought cultural and artistic news the subscribers weren’t likely to get otherwise, at least not in so reliable a form, but they also explained what one should think about, how one should evaluate, the ever-changing, dynamic, rollicking world of Parisian art and culture. La Correspondance may not have had many subscribers, but I bet on the day of any given issue’s delivery the readers’ pulses were reliably racing.