Will Self’s meditation on digital imagery in the Guardian is a peculiar one — I’m not sure he quite knows what he wants to say. If I had to sum it up, I’d call it an essay suspended between two fears: first, that digital imagery in the end won’t prove to be a perfectly seamless simulacrum of experience; second, that it will.

Joseph Brodsky once wrote, “should the truth about the world exist, it’s bound to be non-human”. Now we have the temerity to believe we can somehow perceive that non-human reality, although to do so would be a contradiction in terms. Over the next few years a new generation of television receivers will be rolled out. (We might call them “visual display units” since the formal distinction between computers and televisions is on the point of dissolving.) These machines are capable of displaying imagery at ultra-high definition; so-called “8K UHDTV” composes pictures employing 16 times the number of pixels of current high definition TV, which presents us – if we could only see it – with the bizarre spectacle of an image that exists in a higher resolution than our own eyes are capable of perceiving. Will this natural limitation on our capacity to technologically reproduce the world’s appearance lead our scientists and technologists to desist? I doubt it: the philosopher John Gray observes that: “In evolutionary prehistory, consciousness emerged as a side-effect of language. Today it is a byproduct of the media.”

Whatever the digital is and does, Self seems to be saying, it makes us. Thus his fascination with the distorted and decomposed images of Wiktor Forss: 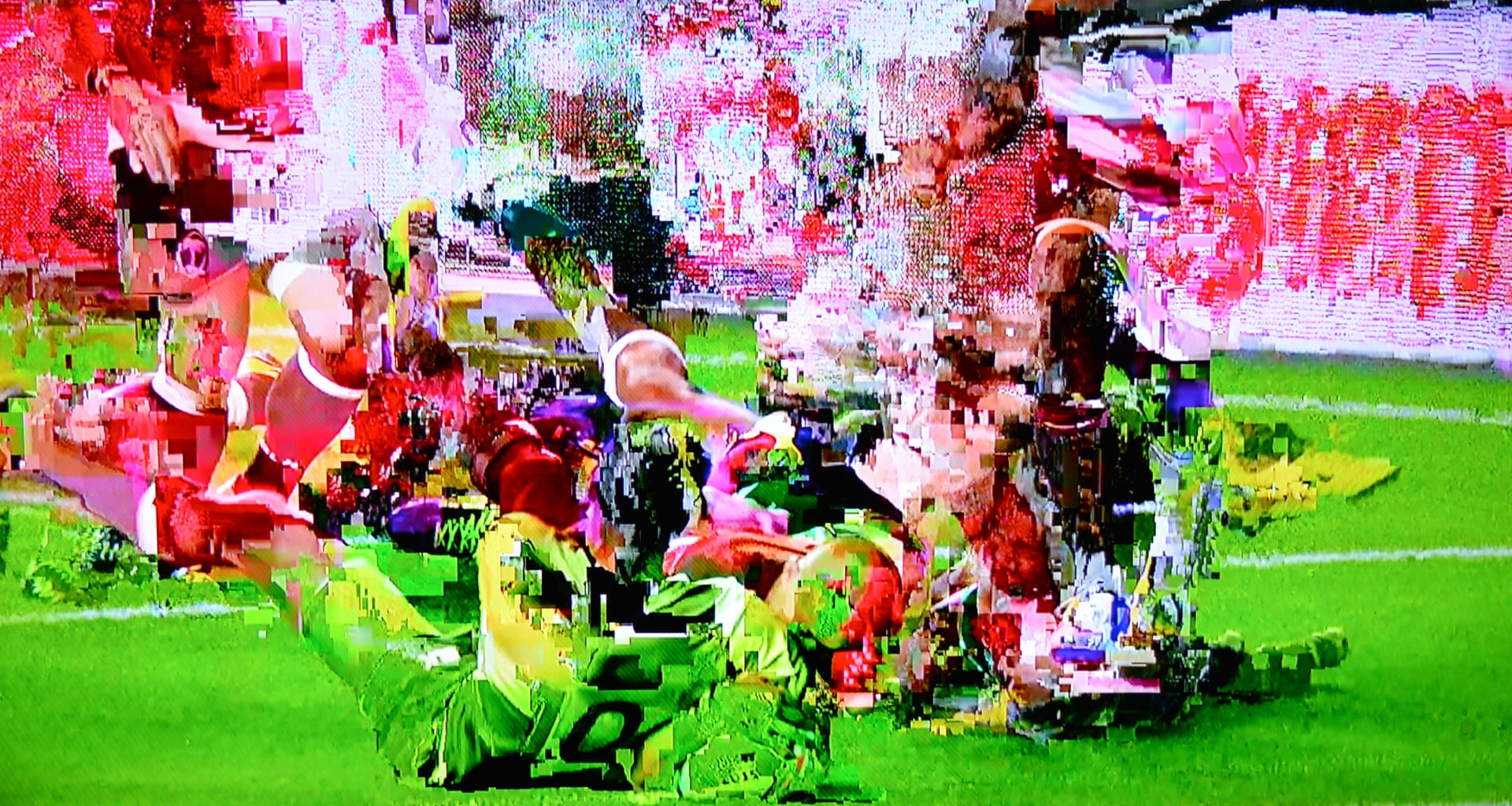 We might compare these images to others that also decompose the digital, give it the qualities of the analog, but in a different way. See Robin Sloan on video style transfer — for instance, Raiders of the Lost Ark in the style of Gustav Doré: give it a watch. What for Self is a source of fear and anxiety could also be a source of playfulness and delight. I’m not sure we need to be quite so angst-ridden about the whole thing.

But in any case, how does Self take the argument, or rather the experience, beyond the sources he cites: Walter Benjamin, Jorge Luis Borges, Marshal McLuhan? (Especially Benjamin). It must be hard for a writer to accept that other and earlier writers have already told his story better than he can tell it.