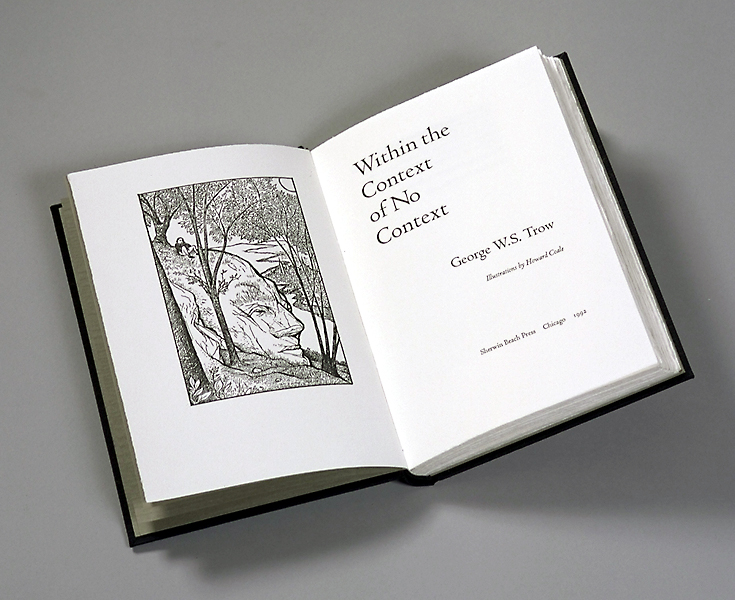 George W. S. Trow’s “Within the Context of No Context” was a really famous essay at one time, and thought to be precisely diagnostic of a culture shaped and sustained by television, but no one talks about it much anymore because we feel that the internet is the thing now and TV (while still powerful) secondary and dependent on online conversation to sustain it.

But maybe just because of the internet, and before it, for a few years, personal computers, TV is more important than ever. In many countries people are watching more of it than ever — maybe it has new sources of impetus, new energies feeding its energies. The internet is the child of the PC which is the child of television. The PC took hold in large part because it had a monitor and we had already grown accustomed to receiving both education and entertainment via CRT. Perhaps until the internet of things reaches its full maturity we’re all still really watching TV, just with a keyboard attached. That is, maybe the interactive element (the keyboard, or for that matter voice recognition) isn’t as important as the monitor that occupies our eyes. In that case maybe Trow’s essay is diagnostic of a world that succeeded the one he wrote about.

A small thought experiment: What if the PC had been invented before the television? Or no one had thought to use a CRT as a device by which we might “monitor” — the noun has a verb in it — what the computer is doing? Maybe then using a computer would be more like writing a letter and receiving one in return, or using a Ouija board, or sending and receiving telegraphs at the Western Union office. If any of those things had happened, how would we understand our experiences with computers? And what would be our ruling metaphors for mind and thought?