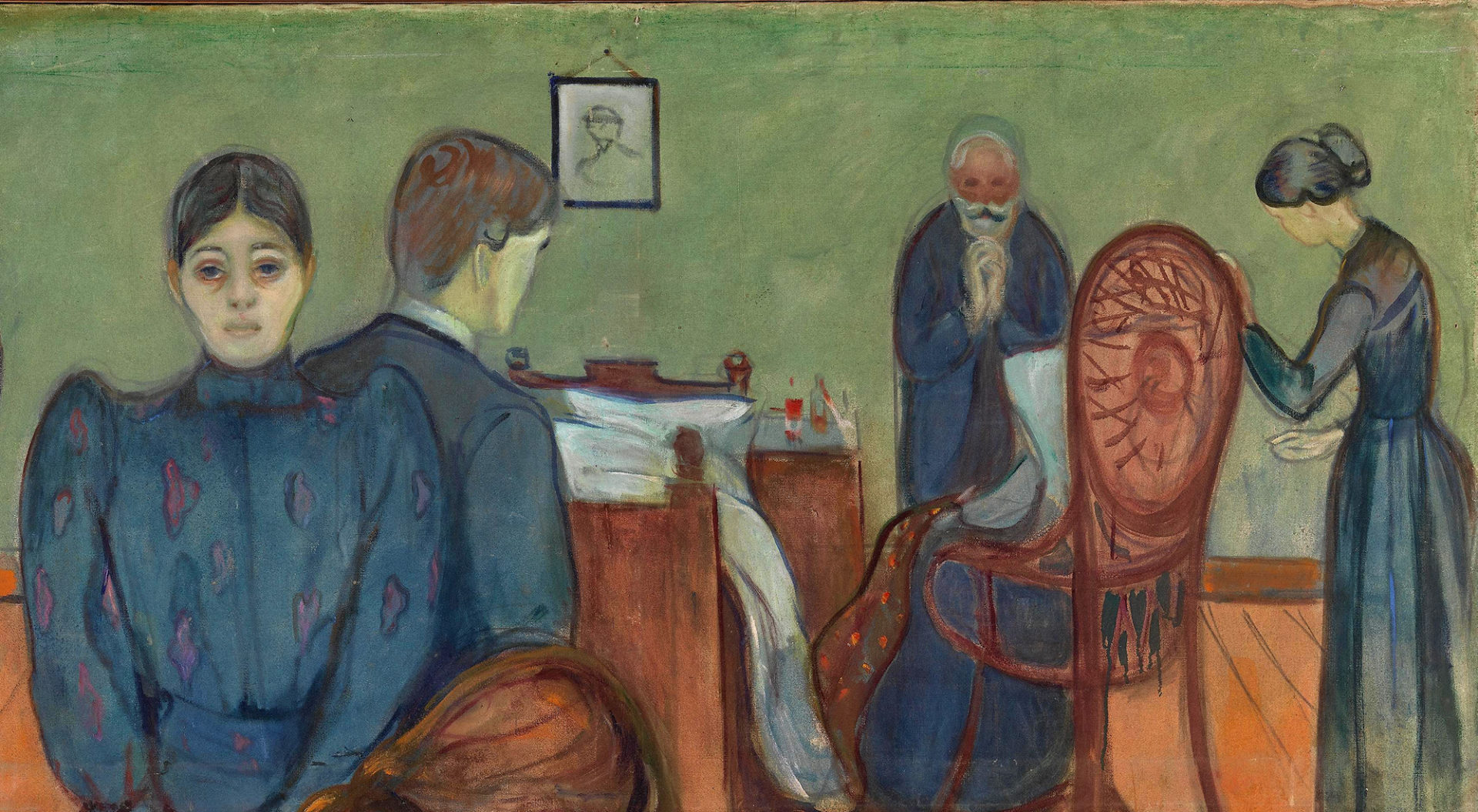 Dying, But Not Alone

We can’t escape the social dimension of choosing how we die.

In April, the New York Times published a news article that was essentially an advertisement for physician-assisted suicide. “It’s less a question of uncontrollable physical pain,” the article explained. Rather, most patients who want doctors to help them end their lives feel they have lost autonomy, dignity, and quality of life, and are unable to “engage in what makes people’s lives meaningful.” And this type of “intractable” pain is “defined by patients, not doctors.” More state laws, so the reasoning goes, should come to allow these patients’ autonomous choice.

But what proponents of this view persistently fail to see is its double-edged nature. A patient’s choice to end her life is not “defined” by her, if by that we mean that it is a choice that is just about herself. Rather, it is a declaration about what kind of life is worth living. It is thus also a statement about other people’s lives, a statement to others about when their own lives are worth living or not.

Many of my patients tell me they don’t want to become a burden. Who taught them that? They learned it from a culture that values fictional autonomy of the individual. The argument that a patient who feels she has lost autonomy should have a medical option to end her life does not just leave matters up to the individual, but solidifies this cultural myth, telling everyone that the life lacking full autonomy is not worth living. Sadly, some of the most vulnerable people are ready to believe that — not by their own choice, but by the choice of a culture declaring that dependence is undignified.

When we hear of a person who is in agony over the end of life, we must begin with lament. As a hospice and palliative care physician, I care for many patients and their families for whom my heart breaks. Many of the patients for whom I care have reached the limits of what modern medicine can do to help them live longer. Regardless of whether they have ten days left or ten years, frailty and vulnerability are messengers, for myself and for them, that our time here is short and precious, and its ending is tragic. I can’t relieve their suffering through philosophizing. Still, when I step away from the bedside, my thoughts are troubled by how some have come to see themselves or their loved ones: as in a process of protracted dying, and thus as no longer really living.

It is difficult to discern when one actually starts to die. Although dying surely entails a loss of independence at some point, losing independence doesn’t necessarily mean one is dying. What, then, are we trying to say when we claim someone is “dying”? The Times article tells the story of the “protracted death” of John Rehm (first husband of Diane Rehm of NPR fame) who, struggling with Parkinson’s disease, “could no longer stand, feed or toilet himself” and whose doctors “could not legally grant his plea to help him die quickly.”

Dying, the idea goes, isn’t truly living. It is a process of irreversible loss and suffering, and should be as short as possible. Thus to claim someone is dying is to make certain claims about how the person should act and how we should treat him. To call the period of diminished independence not only dying but protracted dying is to imply that it should end sooner. This places an immense burden on some of the most vulnerable people, who, by this evaluation, may themselves be in the throes of “protracted” dying.

The moniker “death with dignity” — preferred by its advocates over the more descriptive “physician-assisted suicide” — further suggests that independence is dignifying, whereas dependence and dysfunction are not. A planned death from barbiturates affords patients an opportunity to wrest back a small measure of independence from the forces sapping their life. That choice — or really, how that choice shows that one is still independent — is understood to be dignifying. This means that, barring some fatal accident, we will all face seemingly undignified frailty and dependence in our dying.

Lives Not Worth Living

It cannot be that all choices for physician-assisted suicide are nothing more than the outworking of the autonomy of individuals. Our decisions and beliefs, deep and personal though they are, also form and are formed by the culture around us. Stephen Jenkinson, in his 2015 book Die Wise: A Manifesto for Sanity and Soul, observed:

The culture gives us our ways of dying, gives us the meanings and meaninglessnesses we wring from it, forcing upon us the repertoire for dying.

What is our culture like? What repertoire for dying does it offer us? It is a culture that glamorizes youth and the untethered autonomy of the individual. Aging is the story of losing vitality, control, and dignity — of increasingly burdening our loved ones and our medical system to care for us until we die. Some have even argued for a “duty to die” of those with chronic illness whose lives are being medically prolonged but who can no longer take care of themselves. Human dignity, by this reasoning, is not unconditional. Only the autonomous have it. Those who are dependent on others no longer do, and are therefore no longer deserving of our care.

This is why choices about how we die are not just about us; they are also about how others think about us and are involved in our care. When someone says, “I would never want to live like that,” “She’s just a shell of who she once was,” or “This death is undignified,” the person is expressing our culture’s prejudices about aging and dying, and in doing so is further reinforcing them and thus shaping how others view themselves.

In the same way, the choice to seek physician-assisted suicide, or to advocate for its legality, is also a statement about what kind of life is worth living and about the reasons for ending it. Proponents of physician-assisted suicide argue that each of us should be able to decide whether our life is worth living, that it isn’t a decision others make for you. But most people don’t wake up making a conscious evaluation of whether their life is worth living; they just live assuming that it is — at least until they are invited to consider otherwise. Some do evaluate the worth of their life, and are thus faced with the decision to continue living or to seek death. Sometimes it’s mental illness that drives them there. Sometimes it’s the culture with its standards of what a good life should entail.

The Dignity of Sharing Burdens

Contrast all this with a vastly different vision of dignity and dependence. Human dignity is part of the foundation of human rights, mutual respect, law, and ethics. It is inalienable — it can only be recognized, never authorized. Saying that a life no longer has dignity, and even saying this for oneself as a matter of autonomous choice, is thus a devaluation of dignity for us all. As Daniel Sulmasy has argued: “The essence of human dignity is nothing more or less than the esteem and honor human beings deserve simply because they are human.” And since it is “not subjective, no one is capable of deciding idiosyncratically that his or her own life has no more dignity.”

Some choices must be off-limits lest they dim our vision of our shared humanity and thus harm us all, especially the most vulnerable among us, perhaps those we would most want to help by respecting their autonomy.

Being human also means being frail, vulnerable, and mortal. It doesn’t tarnish our dignity to acknowledge these realities or live under them. Indeed, it is an expression of our dignity when we acknowledge our mutual dependence on one another. Reflecting on end-of-life decisions and how he hopes to someday burden his family, Gilbert Meilaender has written:

I hope … I will have the good sense to empower my wife, while she is able, to make such decisions for me — though I know full well that we do not always agree about what is the best care in end-of-life circumstances. That disagreement doesn’t bother me at all. As long as she avoids the futile question, “What would he have wanted?” and contents herself with the (difficult enough) question, “What is best for him now?” I will have no quarrel with her. Moreover, this approach is, I think, less likely to encourage her to make the moral mistake of asking, “Is his life a benefit to him (i.e., a life worth living)?” and more likely to encourage her to ask, “What can we do to benefit the life he still has?” No doubt this will be a burden to her. No doubt she will bear the burden better than I would. No doubt it will be only the last in a long history of burdens she has borne for me. But then, mystery and continuous miracle that it is, she loves me. And because she does, I must of course be a burden to her.

A yet better way of looking at it is that people are not burdens. Rather, they are burdened by illness and suffering. Some of that burden can be shared with others, and we bear it with them. When we deny others the opportunity to help bear our burdens, we deny them a means of loving us in our dependence, in a most profound manifestation of our humanity.

A Medicine for Life

None of this is to doubt the often excruciating difficulty of caring for loved ones at the end of life, and of making decisions about their care. Neither does it mean that there isn’t a place for withholding or withdrawing life-sustaining therapies. Patients have a right to decline therapies even if the result is death. But we can approach these discussions without thus seeing death itself as a sort of “therapy” to relieve suffering.

Most of medicine operates on the principle that when deciding whether to pursue an intervention — which is aimed at bringing about the patient’s good but may have bad effects — we choose it only if the good outweighs the bad. Every time I prescribe a medication with the risk of adverse effects, I weigh those against the possible benefits.

In the same way, we seek to discern whether a life-sustaining therapy is helping or will help the person pursue a goal that is meaningful to him or her. We try to understand whether that goal is even achievable with our medical intervention. If not, or if the burdens imposed are too great, then the intervention can be avoided or discarded. But the intention is never to end the person’s life. The intention is always to help as best we can.

The changes wrought by serious illness can be isolating, painful, and terrible. We want to rush to help. In our rushing, however, we must not trample the person in the attempt to embrace the principle of autonomy. We must, as a society, acknowledge that caring well for people means caring well for them in all the manifestations of their humanity — frail, dependent, and mortal as we are. That acknowledgement does not degrade choice. Rather, it places choice within the context of human dignity, which is inviolable and can’t be unchosen.

We can’t support those who say that their lives have become undignified by the logic taught to them by a culture that makes autonomy the basis for dignity. If we do, we erode the very basis on which we care for one another — dignity itself.

Dying, But Not Alone